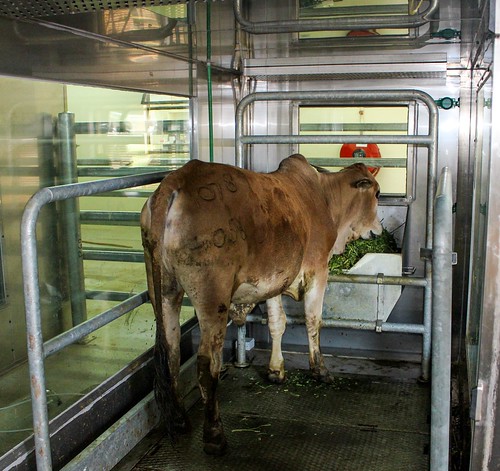 Livestock production generates significant amounts of greenhouse gas (GHG) emissions, accounting for about 65% of the total emissions from agriculture globally. Of these emissions, 40% are generated through enteric fermentation, the digestive processes that ferment feed in ruminants.

Methane (CH4) emissions from enteric fermentation are a key source of GHG emissions. To reduce these emissions, there is the need to accurately estimate them especially  because methane traps more heat and thus has a greater global warming potential than carbon dioxide (CO2) for instance. Therefore, reducing the rate of enteric methane emissions is necessary to mitigate global warming.

Researchers at the International Livestock Research Institute (ILRI) and partners in Germany (Kassel University, University of Hohenheim and Karlsruhe Institute of Technology), investigated the effects on enteric methane production of moderate to severe levels of feeding below an animal’s energy requirement in young Boran steers. They found that methane produced by an animal per unit feed intake increases as the amount of feed consumed by an animal decreases.

In simple words, if animals are fed below their maintenance energy requirements, the methane yield is higher. This higher methane yield suggests that a larger proportion of the nutrients assimilated by an animal was being diverted to methane production as compared to other nutrients used for other functions such as growth and milk production thus leading not only to additional methane emissions but consequently to a net loss for the farmer.

The production of methane in ruminants is, therefore, directly related to the quantity and quality of the feed they consume. An animal uses the feed to maintain its basic metabolism and body weight. If an animal consumes more feed than is needed for the basic metabolism it will grow (gain weight). If the basic energy requirement of an animal is not met by the feed it is provided with, it will starve and lose weight. The latter is a frequent occurrence in smallholder farming environments, particularly during times when feed resources are sparse such as in the dry season or during droughts. The effects of feeding an animal below its energy requirements on its performance and enteric methane production has not been investigated until recently. 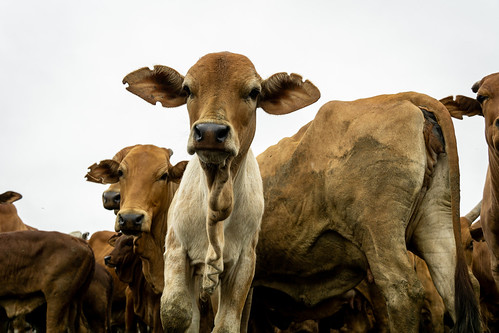 To help governments report on their GHG emissions, the Intergovernmental Panel on Climate Change (IPCC), provides default emission factors for calculating nationwide methane emissions from livestock. Currently, neither are region specific emission factors available for developing regions nor do these account for distinct seasonality (with few recent exceptions available from ILRI’s Mazingira Centre).

The current study is the first that used animal respiration chambers (the gold standard to derive emission factors for enteric fermentation) in East Africa. With the new scientific evidence at hand, there is a need to revise currently used emissions factors especially in sub-Saharan Africa where livestock is often exposed to feed shortages (i.e. during dry seasons). This study’s findings further suggest that environmental benefits such as improved feeding can lead to reduced emissions from enteric methane and additional income for farmers due to increased milk and meat production.

This study was funded by the German Federal Ministry for Economic Cooperation and Development (BMZ), under the umbrella of the Advisory Service on Agricultural Research for Development (BEAF) program and within the research project ‘In situ assessment of greenhouse gas emissions from livestock production systems in East Africa’.