Climate change and its associated global warming, represents one of the greatest challenges on the planet today. It is also one of the most serious threats faced by millions of Africa’s farmers. Agricultural activities including both livestock and crop production, account for approximately 14% of global greenhouse gases (GHG) that are generated by human activity.

According to Lutz Merbold, a researcher at the International Livestock Research Institute’s Mazingira Centre, reducing the environmental footprint in Africa needs to go along with increases in production so that the ratio between GHG emissions per unit of product will be reduced to similar values as those found, for instance, in Europe. However, this does not directly imply that current GHG emission estimates for agriculture in Africa can be based on research from industrialized nations. Such generalization is not only incorrect but also hinders efforts to determine GHG emission hotspots. It also hampers actions with great potential to mitigate agricultural GHG emissions on the African continent. 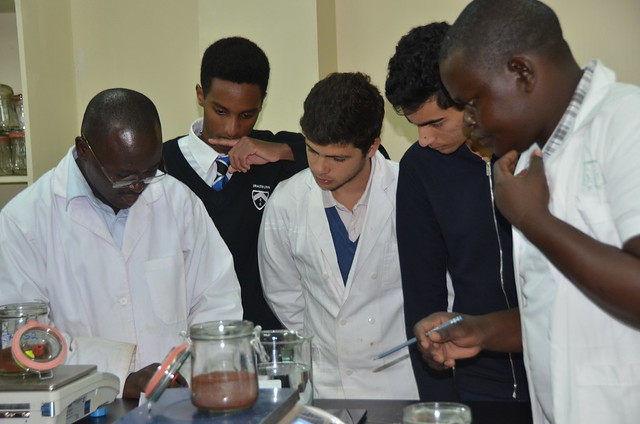 Comparing the contribution of individual sectors to GHG emissions, for example the transport sector vs. the agricultural sector, is not straightforward because the GHG emissions are often calculated in different ways. Global GHG emissions estimates for the agricultural sector originate from a life cycle assessment (LCA) based on the Global Livestock Environmental Assessment Model (GLEAM) by the Food and Agriculture Organization of the United Nations (FAO); and include direct and indirect GHG emissions. In this case, indirect GHG emissions are those that occur for instance during fertilizer production, while an example of direct emissions is those that come from enteric fermentation and manure management. In contrast, a similar accounting method for the transport sector is still missing and currently, estimates only include direct GHG emissions (ie. exhaust gases from vehicles), and not those produced during the exploration and exploitation of oil and gas resources or for building roads for instance (indirect emissions).

A young cow on a smallholder farm in Western Kenya where data on the environmental footprint of livestock systems is being collected by the Mazingira Centre team (photo credit: ILRI/Lutz Merbold).

Besides a purely accounting approach, it is important to remember that 70% of Africa’s people still rely on agriculture for a living. Consequently, it is critical that GHG mitigation efforts help resource-poor farmers to not only decrease the environmental footprint of their small-scale livestock and whole-farm production systems but to simultaneously increase productivity and improve their livelihoods.

One must also have in mind that, milk and meat provide essential nutrients in Africa and most systems are run well below their optimal capacity or are not productive during some parts of the year, particularly the dry seasons. Improving agricultural productivity, specifically within the livestock sector, and halting or reversing land degradation (which additionally releases carbon from the soil into the atmosphere), are the most superior options to significantly decrease Africa’s GHG emissions per unit of agricultural product.

As part of the Sustainable Livestock Systems program of ILRI, research at the Mazingira Centre in Kenya and other East African countries, focuses on understanding and managing the environmental footprint of agricultural systems without hampering productivity. It aims to provide accurate context-specific information on GHG emissions and nutrient losses of agriculture, to enable predictions of intensification in these systems, and opportunities to adapt to climate change.

You can also read more about what scientists in New Zealand, US and Colombia are doing to reduce GHG emissions from livestock.

One thought on “Managing the environmental footprint of livestock: Context-specific information needed in Africa”