This article was written by Lutz Merbold, a senior scientist and head of the Mazingira Centre at the International Livestock Research Institute (ILRI). It was edited by Dorine Odongo, Communication Specialist at ILRI.

On 29 May to 1 June 2017, a team of scientists (from Cape Verde, Ethiopia, Finland, Germany, Italy, Kenya, Namibia, South Africa, Sweden, Norway and the Czech Republic) and other stakeholders in environmental research convened at the International Livestock Research Institute (ILRI) in Nairobi to discuss environmental research infrastructures (RIs) in Africa. This was a kick-off meeting of the project —Supporting EU-African Cooperation on Research Infrastructures for Food Security and Greenhouse gas observations (SEACRIFOG) — funded by the European Union under the Horizon2020 program. The SEACRIFOG project is a three-year design study for a pan-African observational systems on radiative forcing (i.e. greenhouse gases and aerosols) in the future focusing on all sectors and potential trajectories including  agriculture, forest, land use and land use change (AFOLU), energy, transport, industry etc.. 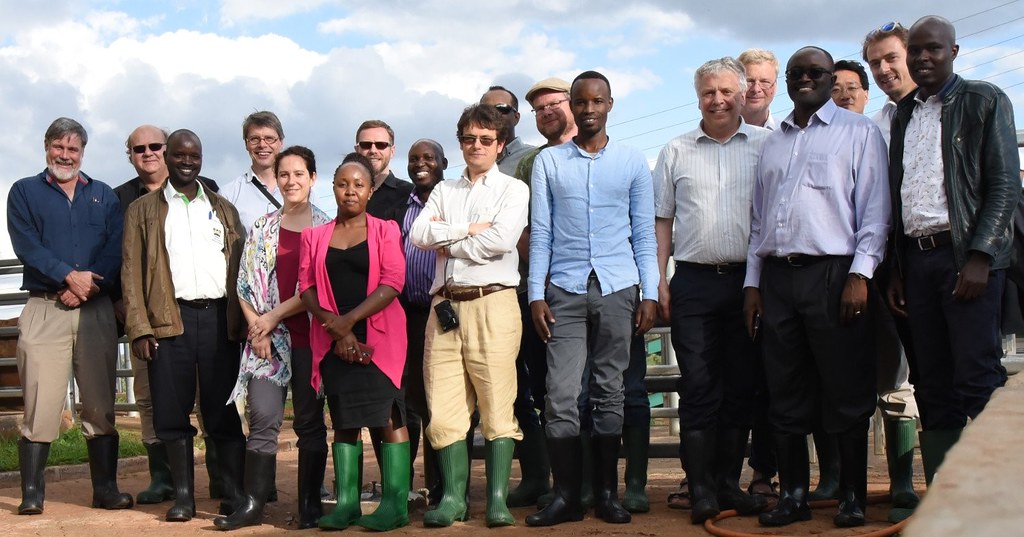 Participants at the SEAFRICOG kick-off meeting held at ILRI on 29 May to 1 June 2017 (photo credit: Werner Kutsch)

Even though a large fraction of the current GHG emissions (approximately 30%) from African countries originate from the AFOLU sector and productivity of the existing agricultural systems remains low, there is considerable potential to adjust these systems in a truly climate-smart way. This includes increasing productivity and reducing the GHG emissions per unit of product, while better adapting to the effects of climate change. This all sounds straight forward and not too difficult to achieve. However, there are a few major drawbacks towards achieving climate smart agriculture. For instance, and as mentioned before, there is a clear lack of in-situ data (GHGs, aerosols, productivity etc.) from the AFOLU and other sectors. Secondly, the so far available data is currently collected by independent actors such as local and international research groups (i.e. ILRI’s Mazingira Centre, SLEEK), within short-term international projects such as CarboAfrica, and focusing on a specific region only e.g. HAPEX-Sahel experiment, Safari2000 campaign or aims at collecting very specific data only as done in household surveys. Thirdly, assumptions based on data collected in developed countries may not hold in Africa due to the difference in climates, production systems with different soils and breeds. In addition, local expertise – scientific personnel to interpret newly collected data and environmental technicians to maintain long-term GHG and aerosol -observation stations remains scarce.

Notwithstanding the mentioned drawbacks, there are also existing examples where an environmental RI has successfully been established to produce relevant data, such as the South African Environmental Observation Network (SAEON). 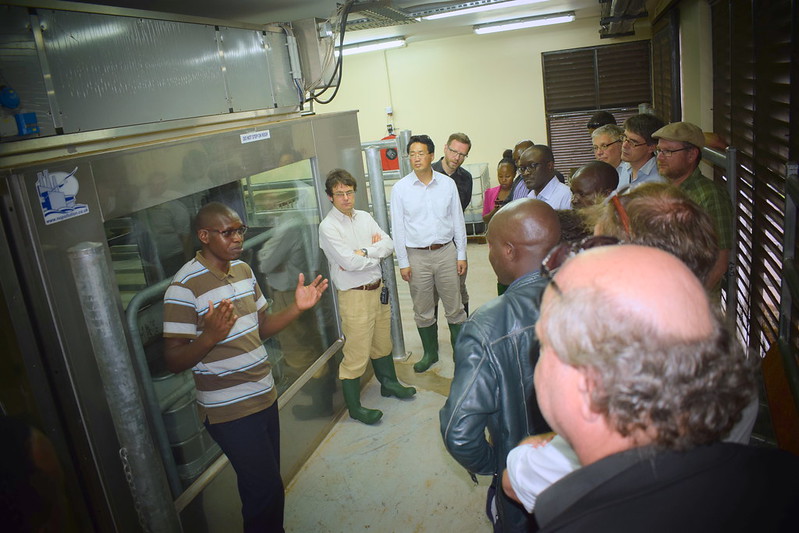 Environmental RIs can provide the essential pieces to the global GHG and aerosol puzzle by taking a joint approach to observe and analyze data across regions, continents, sectors and over time. Furthermore, such RIs provide a capacity building platform for young researchers and technicians enabling them to build a career. Again, this sounds straight forward but it is not as simple as one could consider.

While there are existing role models of environmental RIs, (e.g. Integrated Carbon Observation System- ICOS in Europe, National Ecological Observatory Network- NEON in North America and Terrestrial Ecosystems Research Network –TERN in Australia) the way towards these is often long and may be bumpy. Based on my experience with ICOS, where I worked for four years, the combination and involvement of individual countries, a wide variety of institutions ranging from universities to research organizations with individual expertise and interests meant lengthy discussions to find common grounds. Even after the individual countries signed-up to ICOS-RI, additional discussions had to be held to agree on the quality of the research infrastructure. In simple words, it is about making a choice – Do you want a “Rolls Royce” (the expensive RI) or a “Ford” (the affordable RI)? Both can deliver – i.e. bring you from A to B (or provide you with relevant GHG and aerosol data) – however, one will do so more comfortably than the other (higher quality data vs reduced quality). Nevertheless, either car or either RI might not be faster, it all depends on traffic.

In this blog’s subject, the traffic may represent changes in funding availability or the need for adjustment due to development with different trajectories in GHG emissions from the individual sectors. Therefore, an environmental RI needs to be robust in order to provide realistic data for a consecutive time (more than 20 years) while at the same time being flexible enough to be adjusted to future development pathways.

What could be done is to identify lessons and principles from the developed countries that can be replicated in establishing environmental RI in Africa. However, this approach would be doomed for three major reasons: (1) the vast area, land cover types and diversity within the individual countries on the African continent, (2) most African countries are still in the stage of development and the structure of an environmental RI has to be designed completely differently from an RI in Europe or North America, and (3) the lack of funds or the balance local government have to find between spending resources on environmental research – which has the potential to be beneficial on the long-term – or rather invest on more pressing issues such as infrastructure, food security or governance mechanisms.

The fundamental role of stakeholders 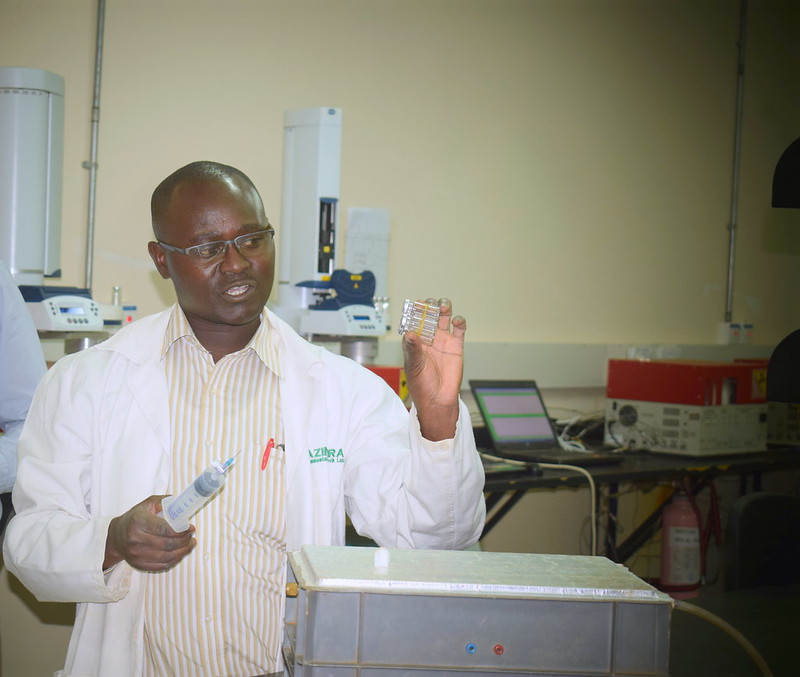 The great advantage of SEACRIFOG is that it is a design study (see also: https://www.icos-ri.eu/blog/234). Therefore, individual partners can review the existing knowledge, infrastructures or core facilities which could play a major role in potential future environmental RIs. The project recognizes the need to learn from local stakeholders to understand the most essential requirements for environmental RIs, while at the same time sharing experiences made within existing RIs in Europe and the USA. A second stakeholder workshop will be held in Ghana in mid-June 2017.

Overall, I look forward to the next three years during which we will design environmental RIs customized for the diverse needs of the African continent. More importantly, I am happy to see that the team from the Mazingira Centre will be a part if this exciting journey.